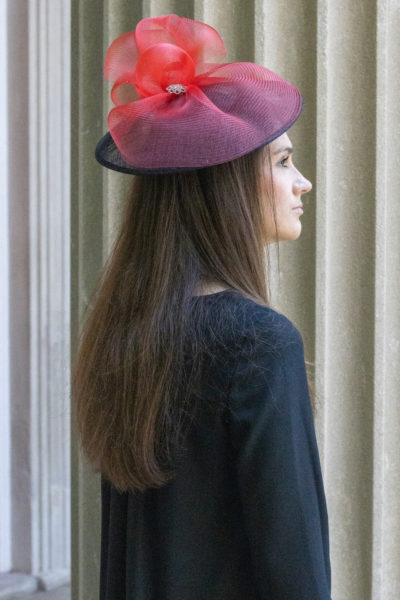 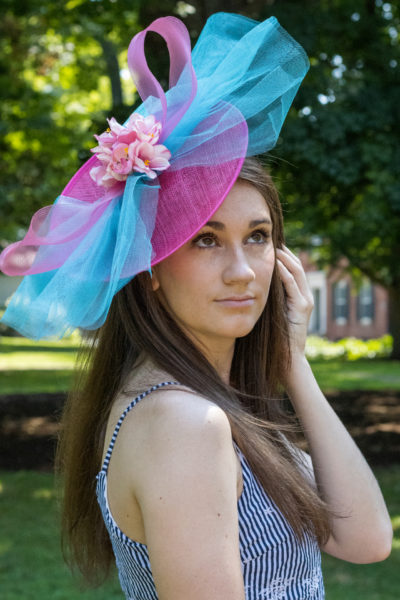 Vintage clothes are always the best and hats are no exception! Here is some historical context behind these incredible vintage pieces!

END_OF_DOCUMENT_TOKEN_TO_BE_REPLACED 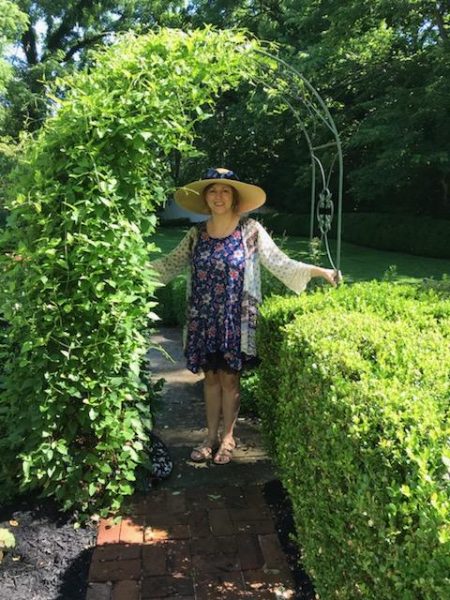 Sustainability is the new buzzword.  Everywhere I turn, I read about sustainable practices in business, fashion, etc.

I am proud to announce that Polly Singer Couture Hats has always used ethical practices in our business dealings.  Lessening the environment impact where we can has long been our goal.  In 2014, I decided to run for City Council in order to implement curbside recycling in my community.  Georgetown is the fastest growing city in the state of Kentucky, yet we do not have curbside recycling. Most recyclable materials such as glass, paper, metal, and plastic ends up in the landfill. Having lived in other communities such as New York City where recycling is practically a religion, this really bothered me.  Being an elected official is a sacrifice because you lose time with your family, it takes focus away from your business and quite often, you make people mad who don’t agree with you.  It’s no fun to have people turn their heads the other way when you walk by!  Curbside recycling is around the corner for Georgetown, so it will be worth it in the end.  I am in my third term on the Georgetown City Council. We run for re-election every two years.

Why did I go into that story? It is tell you that I practice what I preach and about my passion for environmental causes.

Other ethical practices include: 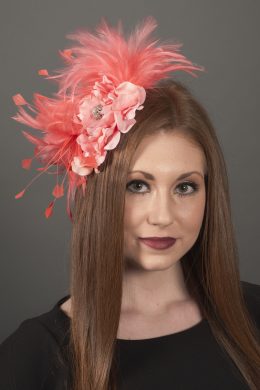 This is always the time of year that I love, designing for the spring.   The hardest thing for me is not coming with new ideas, but having to edit my designs.  And of course, I love working with new colors.  I thought this chart was interesting in that it highlights the various feelings that color invokes.

I love working with color.  Anyone who has visited my house will tell you that it is filled with color.  Each room has a distinct color, whether it is a warm creamy yellow, warm terra cotta to soft ameythst upstairs.  I always enjoy the psychology of color too.  My design room went to from a blue/gray to Sherwin Williams Youthful Coral.

I have so much more energy now.  Color is so important with our feelings.  Can’t wait to finish the new hats!

The Grand National at Liverpool’s Aintree Racecourse is one of the greatest and most highly anticipated sporting events in Britain. It’s the biggest horse racing event in the world, garnering millions of viewers every year in the UK according to Oye! Times. The races are thrilling, but what truly makes the event a spectacle is the fashion statements showcased by the guests lucky enough to score tickets to the live action.

This year, Many Clouds won the race which was jockey Leighton Aspell’s second consecutive win as reported by Betfair, although eyes weren’t only on the horses during the proceedings. Many people photographed fashion-conscious women donning some of the boldest hats the event has ever seen. The race is always a good excuse to get dressed up, and for some, it’s the only opportunity they get to wear their bright, striking accessories each year.

During Ladies Day, women really brought their A-game and arrived in classy outfits topped off with their most impressionable head pieces, from retro glam hats to the more unconventional headwear. The hats were unique, with some being flirty and feminine, while others, quite daring.

Let’s take a look at some of the most memorable hats from the event.

A female race-goer opts for a complete rainbow getup as she accessorizes her colorful mesh-hemmed dress with mismatching shoes, gloves, a green clutch, blue scarf, and a rainbow mesh head-piece in the shape of a pompom.

A group of friends take a selfie to capture the different designs on their floral hats.

A woman stuns fellow race-goers with her brightly colored hat composed of real flowers, embellished with feathers and embroidered fabrics and materials.

Floral was definitely a recurring motif at the event as one of the ladies wore a hat that had a playful take on a bouquet of flowers.

Despite the popularity of flowers on women’s headgear at this year’s event, some guests believed feathers were the classier choice.

Each season, Pantone releases colors that will appear in clothing designs and accessories.  The colors shown above are for Spring 2015.

My personal favorites are the Glacier Gray and Tangerine.  We have seen the classic blue for awhile.

How does this all relate to picking your hat?

A safe general bet is to choose a neutral base color and then add the pops of color.  As many of you know, everything is sewn on by hand, so hats can be retrimmed later on.

Below are some hats that would work well with the Spring 2015 color palette.