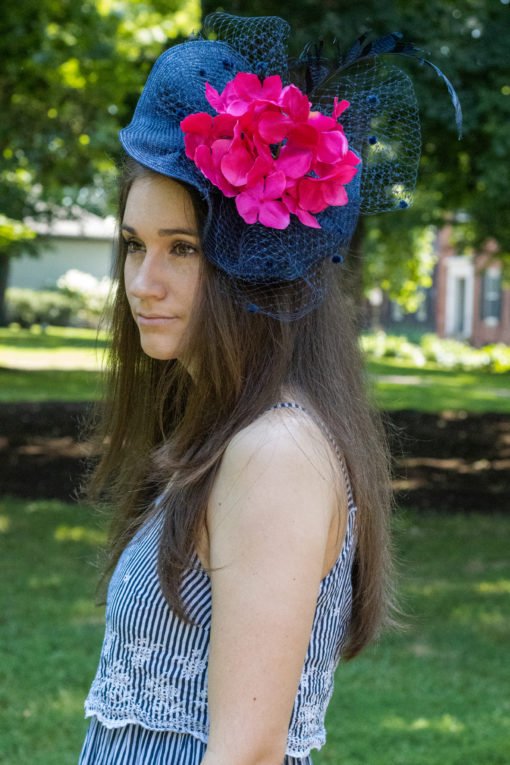 Ada is a navy fascinator with matching navy veiling. Ada also has bright pink flowers in the center. Perfect for an event!

Ada is inspired by Ada Lovelace, an English mathematician and one of the world’s first computer programmers. Lovelace was born December 10, 1815 in London, England. Lovelace worked on the Analytical Engine, a mechanical general-purpose computer. She published the first algorithm for the computer, and she is considered to be the first person to acknowledge the full capabilities of computers. Our hats are off to you, Ada Lovelace!