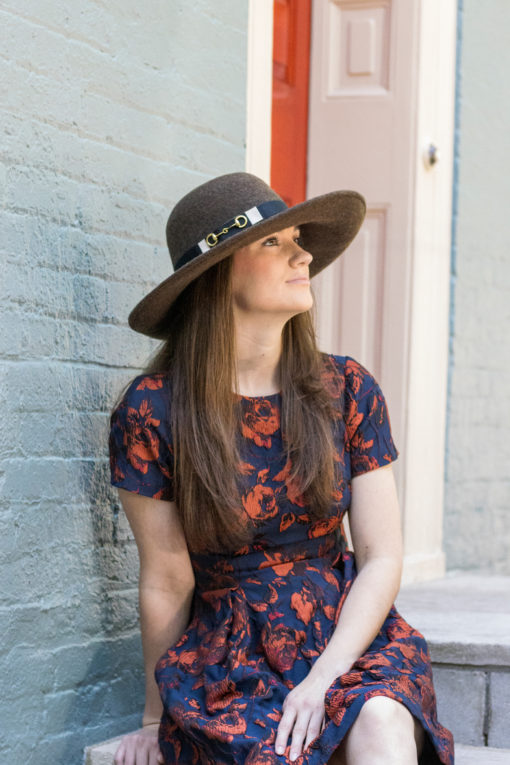 Agatha is a brown profile hat with a black band and a golden bit on the side. Agatha is perfect as it can go well with so many different outfits!

Agatha was inspired by Agatha Christie, the incredibly accomplished English author. Dame Agatha Mary Clarissa Christie, Lady Mallowan, more commonly known as Agatha Christie, was born September 15, 1890 in Torquay, Devon, England. Christie wrote 66 detective novels, 14 short story collections, and the world’s longest-running play titled “The Mousetrap,” amongst several other novels. In 1971, Christie was appointed a Dame Commander of the Order of the British Empire for her extraordinary literary accomplishments. The “Guinness World Records” claims that Agatha Christie is the best-selling novelist of all time, with roughly 2 billion copies of her novels being sold. She is truly an inspiration!