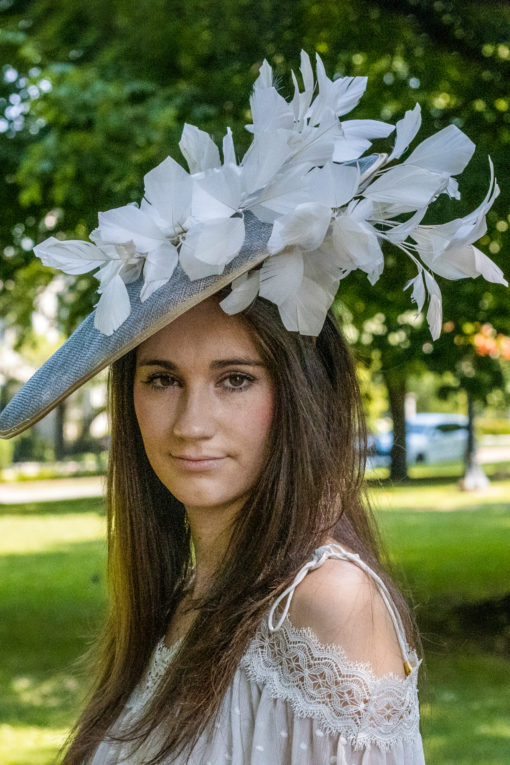 Aretha is a wide brimmed blue and gold fascinator, trimmed with gold satin. White feathers finish this exquisite and one of a kind fascinator.

Aretha is inspired by the famous singer, songwriter, actress, pianist, and civil rights activist, Aretha Franklin. Aretha Franklin was born March 25, 1942 in Memphis, Tennessee. Aretha Franklin had extensive success in the music industry. She had countless hit songs, that have withstood the test of time! Aretha won several awards for her accomplishments. She was awarded the Presidential Medal of Freedom, the National Medal of Arts, and many other awards. She was the first woman performer inducted into the Rock and Roll Hall of Fame. Rolling Stone Magazine also ranked her as #1 on their “100 Greatest Singers of All Time” in 2010.