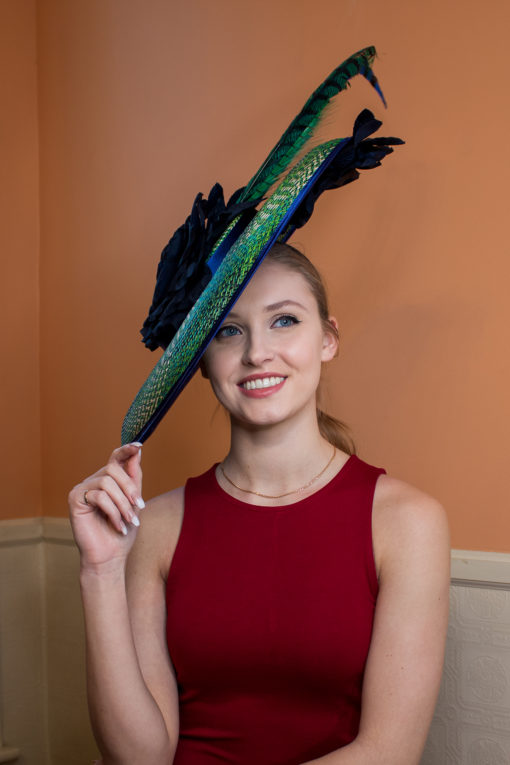 Drina was inspired by Queen Victoria, whose childhood nickname was “Drina”.  She served as Queen of the United Kingdom of Great Britain and Ireland for 63 years. Queen Victoria was born in 1819 at Kensington Palace in London.  She lived until 1901. Under Queen Victoria’s rule, there was great cultural, scientific, and industrial change, which led to expansion of the British Empire.

Drina is a large royal blue, navy blue, emerald green and cream oversize saucer worn on a headband.  The colors are vibrant. Two dark blue silk flower accents are placed on the top and bottom of this saucer. A royal blue silk ribbon wraps around the base and edges of this saucer.  Large blue and green Lady Amherst feathers add extra drama.