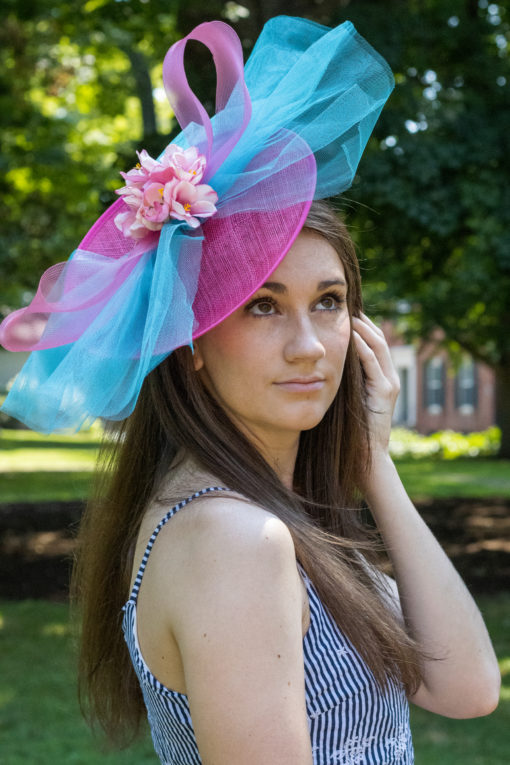 Julia is inspired by actress and producer Julia Roberts. She was born October 28th, 1967, in Smyrna Georgia. Julia has won three Golden Globe Awards and one Academy Award for Best Actress for her role in the film Erin Brockovich. Julia has been a part of hundreds of films and tv shows and her films collectively have made $2.8 billion at the box office. She has also given her time and support to charities such as the United Nation’s Children’s Fund and to Gucci’s “Chime for Change” a campaign that spread female empowerment. This fascinator was specifically inspired by her role as Shelby in the film Steel Magnolias, a film about the bond of a group of women in the South during the 1980s.