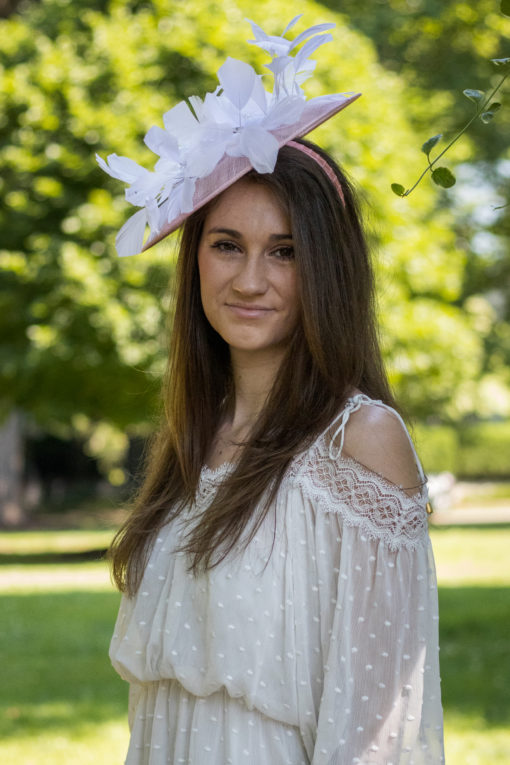 Lucille is a light pink saucer hat with white feathers.

Lucille is inspired by the famous actress, Lucille Ball. She was a famous actress, comedian, model, producer, and entertainment studio executive. She is known for her famous sitcoms such as “I Love Lucy,” “The Lucy Show,” etc. Lucille became the first ever woman to run a major production studio. Desilu Productions produced many well-known television series such as “Star Trek,” “Mission: Impossible,” etc. Lucille was nominated 11 times for Emmy Awards, and won 4. She was inducted into the Television Hall of Fame, and she also won the Golden Globe Cecil B. DeMille Award in 1979. Lucille Ball brought so much joy to so many people!