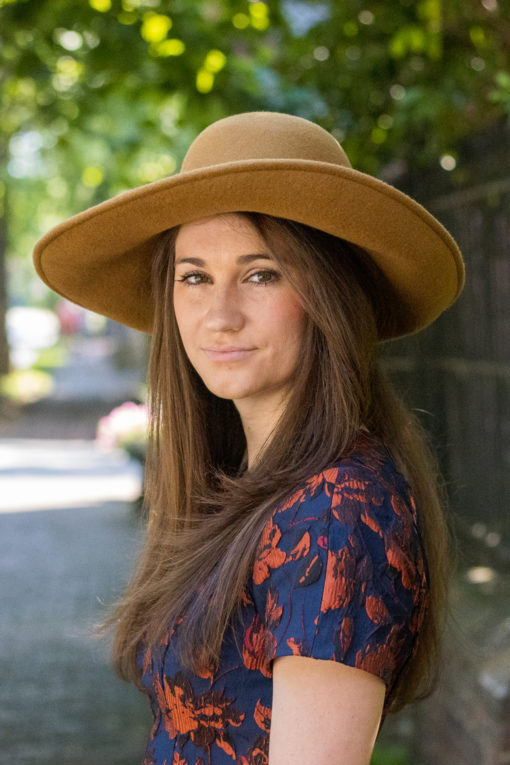 Sally is a tan hat with an upturned brim. A black leather band with a buckle finishes this classic hat. Sally is the perfect casual hat!

Sally is inspired by Sally Ride, the famous American astronaut and physicist. Sally Kristen Ride was born May 26, 1951 in Los Angeles, California. She joined NASA in 1978, and she was the first American woman in space by 1983. Sally Ride is the youngest American astronaut to have been in space, as she was only 32 when she first went to space. Sally flew twice on the Orbiter Challenger. She was also a nationally ranked tennis player.