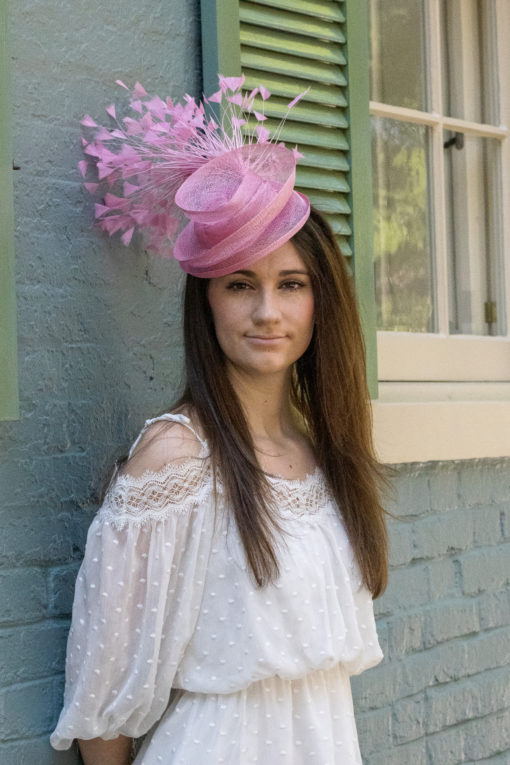 Serena is a pink fascinator with pink feathers. Serena is truly a one-of-a-kind design!

Serena is inspired by the American professional tennis player, Serena Williams. Serena Jameka Williams was born September 26, 1981 in Palm Beach Gardens, Florida. Serena was the former world No. 1 in women’s single tennis. The Women’s Tennis Association ranked Serena Williams world No. 1 eight different times between 2002 and 2017. In total, Williams has been No. 1 for 319 weeks. Serena has also won 23 Grand Slam singles titles, 14 women’s doubles, and 2 in mixed doubles, which is the most by anyone in the Open Era. Williams also represented the United States in the Olympics, and brought home 4 gold medals. Her astronomical achievements in tennis go far beyond what is listed. Serena Williams is one of the most iconic sports players in the world.