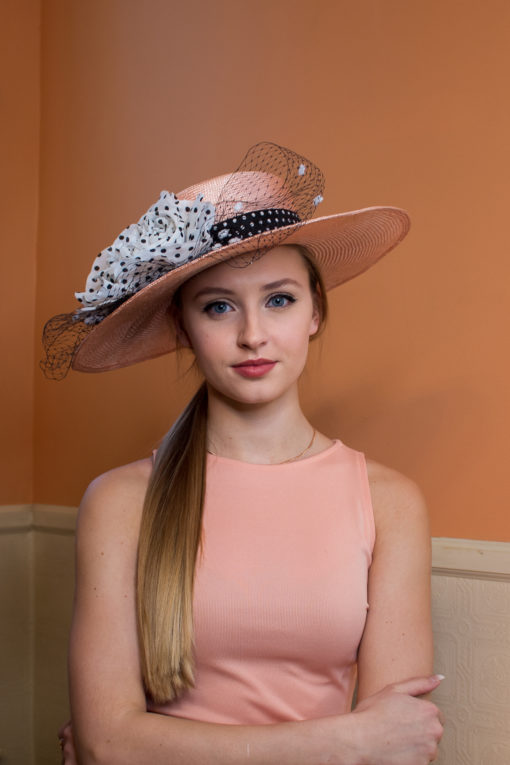 Temple was inspired by Shirley Temple, who was a famous childhood actress and singer. Shirley was born in Santa Monica, California in 1928. She was a well-known child actress as she stared in many movies in addition to being Hollywood’s number one box-office draw. Later in life, Shirley became a businesswoman and diplomat, serving as the United States ambassador to Ghana and Czechoslovakia.

Temple is a light pink sailor hand blocked hat with a black and white polka dot bow wrapped around the base. A white flower with black polka dots is a major focal point of Temple. Black netting adds a fun twist to this hat.  All hats are hand blocked by Polly in her central Kentucky studio.