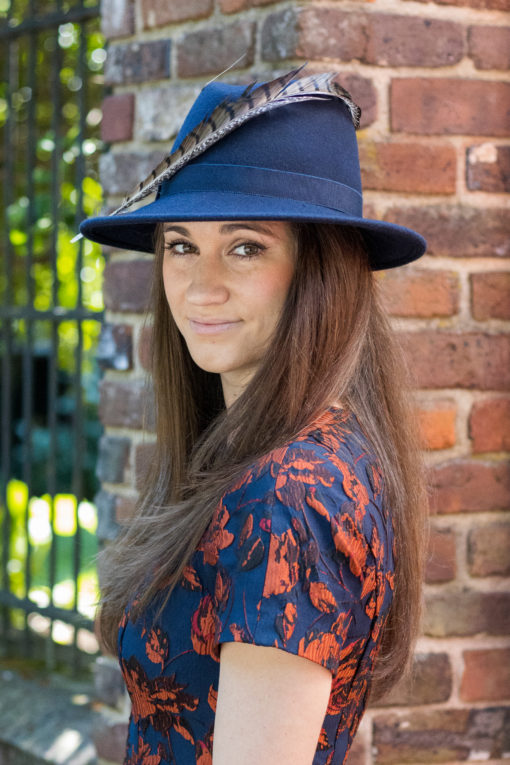 Viola is a rich navy classic fedora with a pheasant feather spiraling to the top of the hat. A matching navy band adds to the look. This unique hat is sure to turn heads! Please note, hats under $200 do not come with a hat box.

Viola is inspired by the famous actress and producer, Viola Davis. Davis was born on August 11, 1965 in Saint Matthews, South Carolina. She has won an Academy Award, Emmy Award, and two Tony Awards. In fact, she is the first black thespian to achieve this Triple Crown of Acting. In 2012 and 2017, Time Magazine named Viola Davis one of the “100 Most Influential People in the World.” Viola Davis has been in many movies, and her position as an amazing actress has been forever solidified.